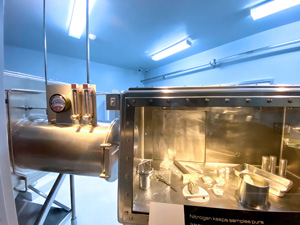 For as long as humanity has been looking up at the sky, we’ve wondered what lay beyond the ground beneath our feet. When the astronauts of the Apollo 11 mission took their first steps in 1969, the world saw a future filled with spaceships and rockets. We dreamed of a lack of gravity, fueled by grainy images on a TV and the words of Neil Armstrong: “That’s one small step for a man, one giant leap for mankind.” The Apollo 17 mission in 1972 was the last trip to the moon for several decades.

Lunar science has become a thriving field of study which helps to define our knowledge of the formation of the universe. The lunar rock and soil samples gathered by Apollo astronauts are still studied to this day. 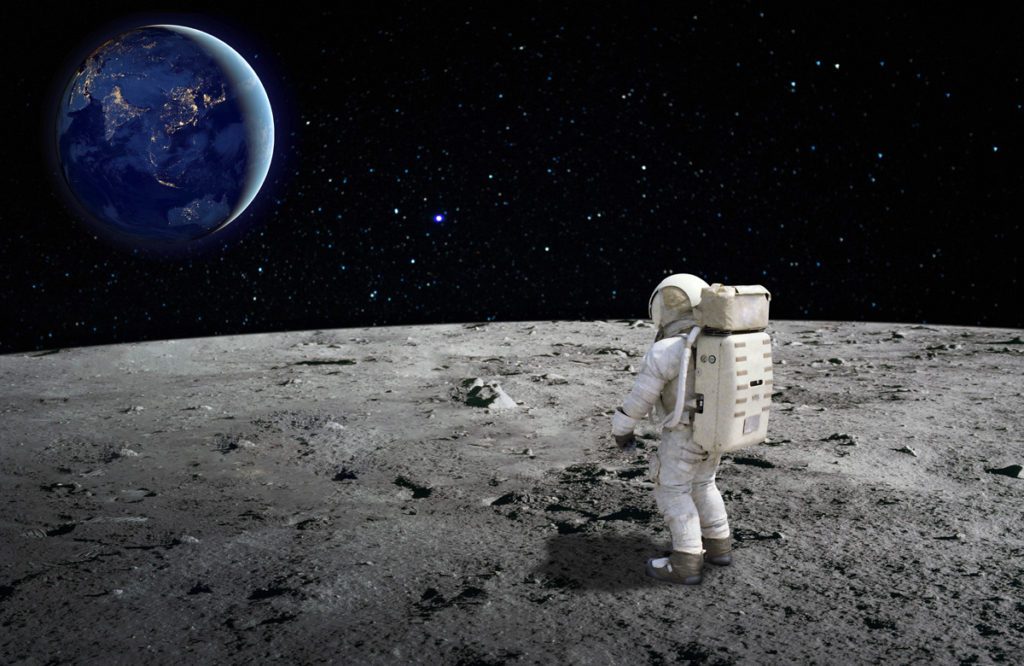 When the Apollo 11 astronauts returned home from their journey, they quarantined themselves in isolation rooms to ensure no “moon germs” could threaten the public.

The sample rock and soil materials were also isolated and studied:

From that first collection, about 700 grams went to a biological test lab. There, samples were placed into secure chambers with mice, fish, birds, oysters, shrimp, cockroaches, houseflies, flatworms and single-celled organisms, plus 33 species of plants and seedlings. Scientists watched to make sure that none of the test species died or developed mutations, and that nothing grew in the moon grains themselves. (sciencenews.org)

The quarantine and immediately subsequent biological studies were part of a program designed to protect Earth from anything that may have come from space. While that was important, it was also imperative that the samples themselves remain uncorrupted. Several precautions were taken in order to keep the moon rock samples in pristine condition.

Moon rock samples are stored in air-tight containment chambers filled with pure nitrogen. (sciencenews.org) Glove boxes allow sample processors to handle the moon rocks under a controlled atmosphere. The cabinets are pressurized so as to prevent contaminants from entering the space. By keeping the box at a higher pressure than the surrounding air, any microscopic leaks would go out of the box instead of letting air in. (Wikipedia)

Differential pressure gages, such as the Magnehelic® gage, are used in the Johnson Space Center in Houston to monitor the pressure differences between the inside and outside of the glove box. The glove box acts as an additional barrier to an already clean environment. Glove boxes are essentially containment chambers that include armholes with gloves attached to the inside to prevent air leaks. The armholes with the built-in gloves allow for manipulation and testing of the moon rocks by scientists without them having to be inside of the pressurized chamber. Only a handful of individuals are allowed access to the moon rock samples. (Photo from NASA)

See “Importance of Sensor Stability in Clean Rooms” to learn about the sensors used in clean room applications.

Flowmeters, like the Rate-Master® flowmeter, are used in purging the containment chambers. This process involves introducing nitrogen into the glove box. Because nitrogen is an inert gas, it does not react chemically with the moon rocks inside of the chamber. This prevents oxidation and possible contamination from Earth’s atmosphere.

Dwyer’s products are time-tested in applications around the world. Our team strives to design products which make the innovations of our customers attainable. It is through these innovations that we will continue to learn about ourselves and the universe around us.