Dwyer Instruments offers many styles of Pitot tubes, which are a commonly used sensor  for monitoring air velocity and flow rate in heating, ventilation, and air conditioning. 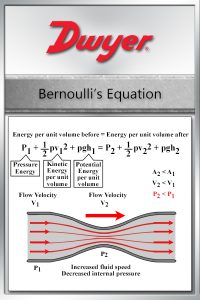 A Pitot tube consists of two tubes in one probe that sense both total and static pressure.  The flow impacts on one tube pointing directly into the fluid flow that senses the total pressure in the duct or pipe.  Radial holes perpendicular to the flow sense the static pressure in the duct.  The space between the inner and outer tubes permits transfer of sensed pressures to the pressure connections on the opposite of the Pitot tube. 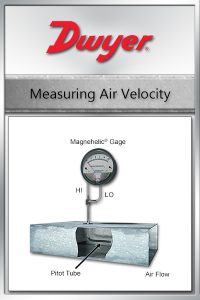 Dwyer also has an Air Velocity and Flow Calculator on our website and downloadable as a mobile application for Apple and Android devices.  This calculator with take the velocity pressure and calculate velocity and with the cross sectional area will calculate air volume flow rate.  It also offers the ability to make air density corrections for humidity levels.