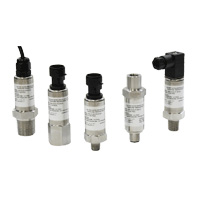 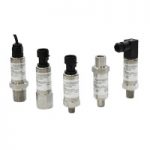 Have you ever wondered why there are a multitude of sensor output signals that can be configured on pressure, temperature, humidity, or gas sensing instrumentation used in process or HVAC applications? Most of these offerings were originally set up to allow sensor manufacturers to better align with the inputs offered by manufacturers of programmable logic controllers (PLCs) and direct digital controllers (DDCs), which are used for controlling processes for both automation and HVAC control.

A 0-10V analog voltage output is one of the most common output signals used on process and HVAC instrumentation; due to the number of industrial controllers that will accept or input this signal. Installers and service technicians will frequently comment on the ease of verification of the signal. One can simply connect a volt meter, in series, to read the voltage and correlate that reading to the range on the sensor. When working with a 4-20mA analog current, reading a corresponding output signal can be more cumbersome. Typically a precision resistor needs to be used in conjunction with the sensor to convert the analog signal to a voltage signal (Ohm’s Law) allowing for measurement on a volt meter. Sensor integrating 0-10V signals are also more susceptible to electrical interference from devices such as motors or relays leading to inaccurate output signals where 4-20mA analog current outputs offer increased immunity.

Depending on the location of the sensor and the controller, when using an analog voltage output, one could see voltage drop in the output signal due to the increased resistance in the wire from a long cable run. In an analog current output, the magnitude of the current in the loop is not affected by voltage drops in the wiring because the current output at the negative side of the loop has to return to the positive side of the supply.

Lastly, when using a 4-20mA analog current output you have the ability to detect if you have a broken wire as your signal would now go to 0mA. There are additional analog voltage outputs that help to combat this issue, such as 1-5V or 2-10V.