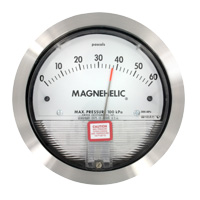 Technology markets shift.  The shift can be incremental, radical, or sometimes disruptive.

The technological shift from a visual indication gage to the first transmitter has been incremental. It has taken over 50 years for transmitters to go from concept to commanding 70% market share.

Improving the productivity and efficiency of the process has been the driving force behind this connectivity of instruments in process plants across the globe. Increasingly, this drive has shifted to focus on improving the environment around the process.

But does this change in technology mean the end of visual field indicators, like gages?

It is true that centralized connected solutions like Supervisory Control and Data Acquisition (SCADA) or Building Management Systems (BMS), allow for efficient control and monitoring of the process or environment through a graphical Human Machine Interface (HMI), usually accessible through a computer, tablet or smart phone.

However, the fact still remains that the fundamental building blocks of a monitoring system are field devices. As in the past, there is value for an operator in taking measurements locally in the field, sometimes directly from the instrument itself. For instance, a technician assessing a pressure drop across an air handler (AHU) filter in a plant room, or a scientist in a laboratory ensuring a room is kept at positive pressure to keep out contaminants, would locally view a display. This allows them to make an informed decision with their measurements.

It is interesting how different industries have adapted to this technological shift. In certain instances, gages continue to have a place for local, visual indication and are used in conjunction with a transmitter, such as the Magnesense® II Differential Pressure Transmitter (Series MS2), which is connected to a SCADA or BMS.

The market also has products which are a combination of gages, switches, and transmitters. The Differential Pressure Transmitter (Series DM-2000) is a reliable digital gage with a transmitter output.

Therefore, the need for backwards compatibility is imperative; especially for a market leading product like the Magnehelic® Differential Pressure Gage (Series 2000). With millions of installations in the field, a portion of the customers will be upgrading to a centralized monitoring system. 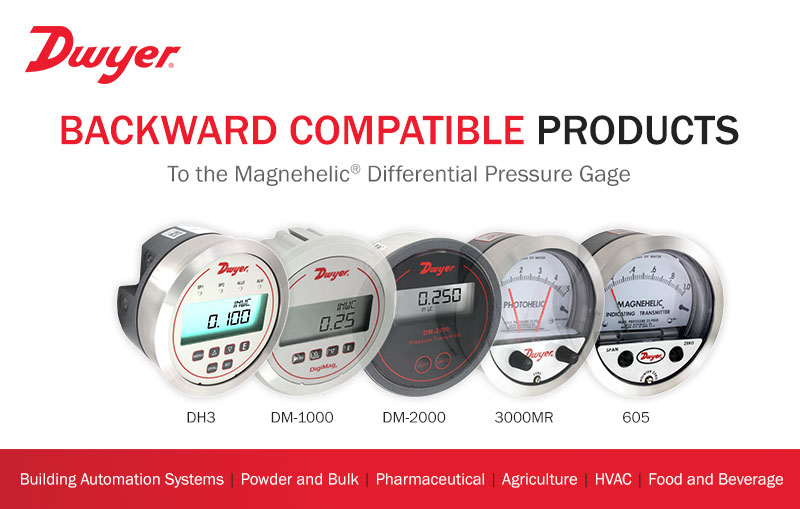 To recap… technology markets shift. Sometimes this shift is radical like that of the first commercially available combustion engines, which eliminated the market for horse drawn chariots. In other cases, it is incremental. Incremental as it has been in the world of low differential pressure gages, which have evolved into gages that are also switches, transmitters or both at the same time. This backward compatibility makes the upgrade of your Magnehelic®  Differential Pressure Gage that much simpler.