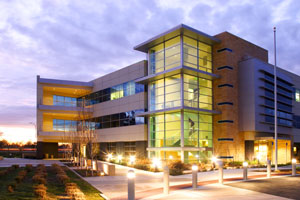 Most local regulations for indoor air quality are designed around ASHRAE Standard 62. This standard specifies the minimum amount of outdoor air flow into an occupied space to be between 15 to 60 CFM per person, but more commonly building regulations require 15 to 20 CFM per person. Besides actually measuring the air flow, ASHRAE also defines indoor air quality using the concentration of carbon dioxide gas in the air. Carbon dioxide is recommended to be less than 1000 PPM. When sizing the air handling unit for a building, engineers will make the design exceed the maximum occupancy in the building or space to ensure that they will always be able to meet the minimum air requirements. In most cases, buildings or mix used spaces rarely are occupied at these maximum levels, thus the amount of conditioned air supplied is usually much greater than what is required. As building owners aim to reduce energy costs and operate buildings more efficiently, wasted energy of conditioning unneeded outside air has been a good place to start.

In 1996, California added provisions involving on-demand ventilation to its Title 24 Building Code. After multiple large-scale blackouts in the early 2000’s, more regulations were added to increase energy efficiency in buildings throughout California. The requirement is now to maintain 15 CFM of outside air ventilation per person, and CO2 sensors are mandatory in spaces that are occupied to what is defined as medium density (25 people per 1000 sq ft). California Title 24 greatly increases the demand for space CO2 sensors, particularly in school classrooms or other medium density applications.  In the past, controls integrators might have used one duct mounted CO2 sensor on the return air for monitoring. They now need to utilize individual space sensors for each of these medium density areas.

On-demand ventilation varies the amount of conditioned outside air that is used in the building or space based upon the number of occupants actually in the building or space. In order to estimate the number of occupants in the space, the concentration of carbon dioxide is measured either using a wall mounted room transmitter; or a transmitter that measures the carbon dioxide levels in the return air duct, such as the Dwyer Series CDT. Based on the concentration measured by the transmitters, the building management controller varies the damper position or the fan speed to provide the proper air flow into the space.

Carbon dioxide transmitters also help to maximize the efficiency of applications using VRF (Variable Refrigerant Flow) or VRV (Variable Refrigerant Volume) technology. One of the main reasons these systems are gaining popularity worldwide is that they provide increased zone control. Since refrigerant lines run through buildings to each individual space, these systems are capable of simultaneously heating or cooling and conditioning single zones at a reasonable cost. This is advantageous in applications such as office buildings, hotels, hospitals and schools because it can deliver personalized comfort. In these instances, wall mount carbon dioxide sensors, such as the Series CDT, are mounted in the space to give feedback to the control system on whether a particular space/zone is occupied. 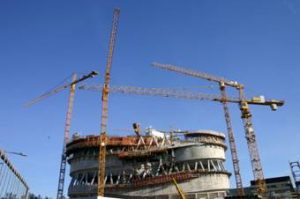 With the growth of LEED and green building initiatives, on demand ventilation applications are growing. The key LEED credit of indoor environmental quality or EQ requires CO2 concentration monitoring in densely populated spaces (defined as an occupancy level of more than 25 persons per 1,000 sq ft). Whether it’s a small conference room or a large auditorium, the specification applies. Moreover, government buildings, schools, high rise office buildings, and restaurants are just a few examples of building types that are increasingly heading for on-demand ventilation.